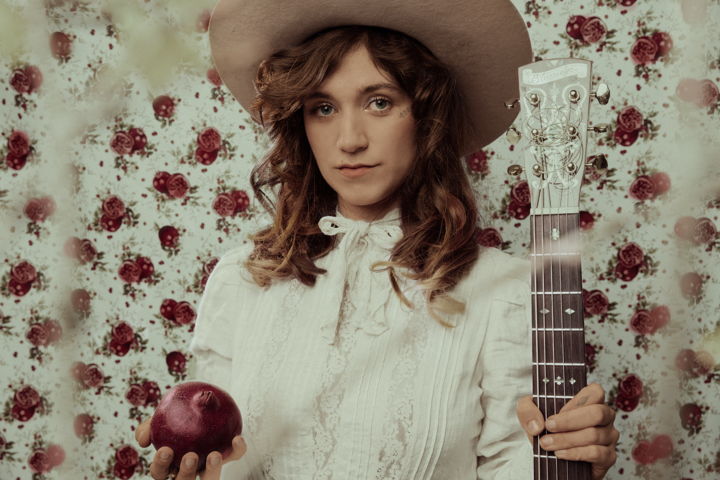 We caught up with Sierra Ferrell for this latest edition of the Bandsintown, Hypebot, and CelebrityAccess '6 Questions With' series just as the announcement hit that a substantial portion of her extensive spring and summer tour would be spent opening for Ray Lamontagne. That’s a substantial score for an artist who just released her first album last fall, even though that album was co-produced by Stu Hibberd and 10-time Grammy winner Gary Paczosa (Alison Krauss, Dolly Parton, Gillian Welch).

You have described yourself as having a “country heart but a jazz mind.” I can hear that on your wonderful album “Long Time Coming.” Should we expect that same musical diversity live?

Yes, absolutely. I'm always playing around with different vocal melodies and experimenting with my bandmates. We never perform songs exactly the same every show. Since we're mostly playing songs off the record, we're always looking for ways to shake it up and make each performance unique!

You did some live streams during the pandemic. How was that experience and do you see continuing to do any now that live shows are returning?

Live streams were obviously our only way of having shows during the pandemic and they are great for folks that might not be able to come out to shows, but in all honesty, I didn't really enjoy doing them. Performing in front of a computer is so isolating. Nothing beats a real audience and I much prefer performing for my fans in person. Unless it's a big opportunity, I'll probably just stick to live streaming my live shows in select markets if there's a demand.

You played quite a few live shows this summer and fall. What was it like after being off the road for a year?

Well...to be honest, all the time off made me kinda lazy. Having to learn how to be social again and how to interact with fans was an adjustment, especially after being home for a year during the pandemic.

You’re starting an extensive tour that crisscrosses America throughout the spring and summer including dates in May and June with Ray LaMontagne. Are there any venues or cites that you’re particularly looking forward to?

I'm really looking forward to playing in theaters with Ray LaMontagne. I love playing theatres because of the rich history they usually have. I also love how they really compliment artists' vocals. It all sounds so beautiful there. I'm also super excited to be making my debut at Red Rocks with Shakey Graves this September. It will definitely be one of the highlights of my year!

I always make sure I'm all prettied up! My hair and makeup are always done and I typically try to wear a dress. I like experimenting with different styles and love finding unique pieces in the different cities I visit. During the 2021 Long Time Coming Tour, I made it my goal to have a different outfit for every single show! I achieved that, minus a few repeats, but it was A LOT of work! I think I'll be packing a bit lighter this time around.

That I can cry like a baby. I can imitate a crying baby perfectly!

See Sierra Ferrell’s full tour on Bandsintown and sign up to get notified when she’ll be performing near you.