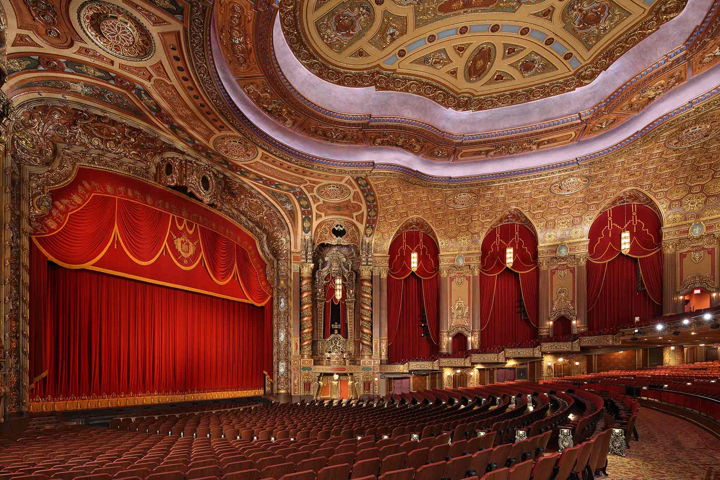 For as long as it’s been a city, New York has been known the world over as a culture driver. You may be tempted, if you visit, to make a beeline for Madison Square Garden or Forest Hills Stadium. If you’re willing to venture off the beaten path, though, and into one of these hotspots, you just might find yourself in the midst of history—and catch a great live show along the way!

You’d be hard-pressed to find a more iconic refuge for artistic misfits in New York City than The Kitchen. The Chelsea institution bills itself more as a general-purpose venue than one specifically equipped for concerts, but it has done more than its fair share over the years to foster musical innovation in the city. Artists as diverse as The Beastie Boys and modern classical composers like Steve Reich and Philip Glass all cut their teeth on The Kitchen’s stage early on in their respective careers. More recently, the venue has welcomed dynamite jazz-poet Moor Mother and freak-out electronic duo Anteloper.

Named for legendary saxophonist Charlie “The Bird” Parker (who once appeared there himself in a limited engagement), Birdland initially opened its doors in 1949 and soon earned a reputation as the epicenter of New York jazz. Everyone who was someone could be spotted among the Birdland crowd taking in late-night sets from jazz’s sacred names, John Coltrane and Duke Ellington among them. The current incarnation of the venue dates back to 1986 and promises not to lose any steam with a 2022 calendar boasting an extended residency by Catherine Russell and appearances by the SUNY Purchase Latin Jazz Orchestra.

There’s a reason Brooklyn, not even a city itself, has garnered worldwide renown as an incubator of original artistic expression. It’s precisely because of places like Barbès, founded in 2002 by French expatriates in anticipation of the Brooklyn Renaissance. Those who make the walking-distance trip from Prospect Park are greeted by a world music paradise 20 years in the making. Barbès’ captivating schedule is evidence enough of this: in one February weekend, bargoers were treated to tango, rumba, klezmer, Americana, and Middle-Eastern fusion. Not a bad selection!

Kings Theatre has been a Brooklyn staple for almost 100 years now. It began life as one in a series of five NYC “Wonder Theatres” commissioned by Loew’s for use as cinemas and continues today as the only one of the five to still be used exclusively for performances. Since its inception, Kings Theatre has welcomed an eclectic array of prominent artists like Bjork, Yo La Tengo, and The Head and The Heart. The venue’s 2022 calendar is sure to have indie fans salivating; legacy acts like Nick Cave and Pavement as well as modern names like Snail Mail are highlights.

Housed in the skeleton of a former door factory, the Knockdown Center was an NYC historical nugget before it was ever happened upon by the city’s artistic underground. Blink, and you’ll pass right by this hidden gem nestled discreetly near the Queens-Brooklyn border. It still looks as it did when it was churning out doors instead of musical talent, but make no mistake: its 2022 slate, featuring everything from German techno (Pan-Pot) to industrial rap (Drain Gang), means that the Knockdown Center is Queens’ answer to The Kitchen.