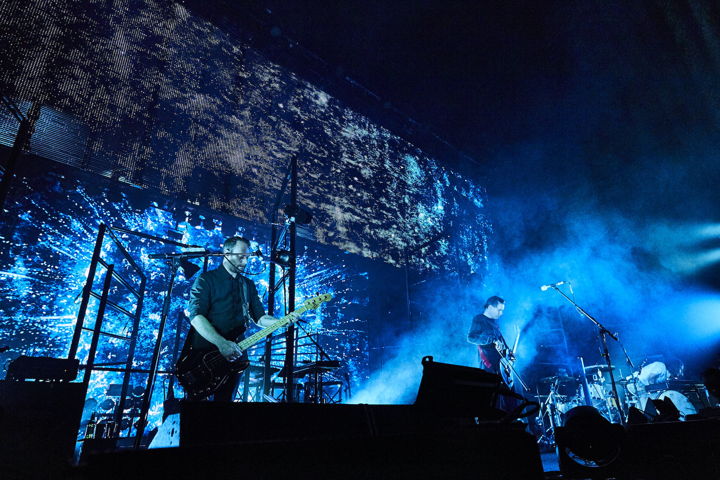 When it comes to tour announcements, we’ve gotten an embarrassment of riches this week. Whether you like music that’s weird, spacey, or soulful, or some mixture thereof, we’ve got you covered. Let us break down what’s happening in live music this week so you can have it any color you like.

Last November, LCD Soundsystem ended what James Murphy himself called a “full hiatus” in pretty convincing fashion; their residency at Brooklyn Steel, though cut short by COVID, was a hit with the hometown crowd. Their tailwind has picked up since then, too. They’re playing SNL tomorrow night and following up their appearance with two residencies in Boston and Philly. With all the time off they’ve had, we’re betting they’ll be nothing less than inspired.

Be honest. Were you actually expecting the Afghan Whigs to give us a new single out of the bakery, their first new music since 2017? We sure weren’t. It’s a real beauty, featuring a melange of power chords and snares that’ll singe your eyebrows off if you’re not careful. Check out their website for tickets (which, by the way, go on sale TODAY) - and no sweat if your area isn’t on the itinerary. Just request a show!

If you go on Sigur Ros’ website, you can buy everything from their CDs to their CBDs. But you can ALSO find tickets for their international world tour, kicking off in late April in Mexico and slowly making its way stateside. They’ll be showcasing new songs off a yet-unreleased project, so if you’re into bearing witness to the workshopping process, make it out to a concert so you can say, quite literally, that you heard it here first!

“Zany” is a word not often used to describe metal bands, but in GWAR’s case it’d feel wrong to call them anything else. Check out their “MYTHOS” page (yes, mythos) if you don’t believe us. We’ll let you decide whether they really are the “Scumdogs of the Universe” they claim to be, but if you take our word on anything, let it be this: you’ve never seen a show like GWAR’s.

Coheed & Cambria is almost more of a multimedia entertainment group than a band. Most of their albums align with the storyline of the comic book series their frontman writes, and the result is incredible. If you’re interested in their retro sci-fi material and want to check out their live product, you’ve got two chances to do so; they’ve announced both spring and summer tours, each one meandering across the country.

EARTHGANG's new record, Ghetto Gods, drops today, and our first impressions are that it’s got all the makings of a classic. Between the '90s skits, the appearances from aughts figures like Cee-Lo Green, and the hazy freak-soul beats of 2010s vintage, the album refuses to pick an aesthetic—and it’s all the better for it. They travel the US from March to June before heading to Europe for a winter tour.

You’d be hard-pressed to find a band with a track record like DMB’s. They currently hold a record with eight consecutive studio albums debuting at number 1 on Billboard - no other band even has seven - and that’s without mentioning their NINETY-SIX live albums! Odds are good another one will be coming out of this tour. They’ll be floating all over the country from May to September, including a stop at Sound on Sound.

The enigmatic R&B artist H.E.R. will be finishing up the final leg of last year’s Back of My Mind tour, which in 2022 works its way from coast to coast over the course of three months. Then, in August, she’s joining Coldplay’s tour of Europe. Make it out to one of her shows, and find out for yourself why her sultry, intoxicating new material was nominated for several awards at the upcoming Grammys.