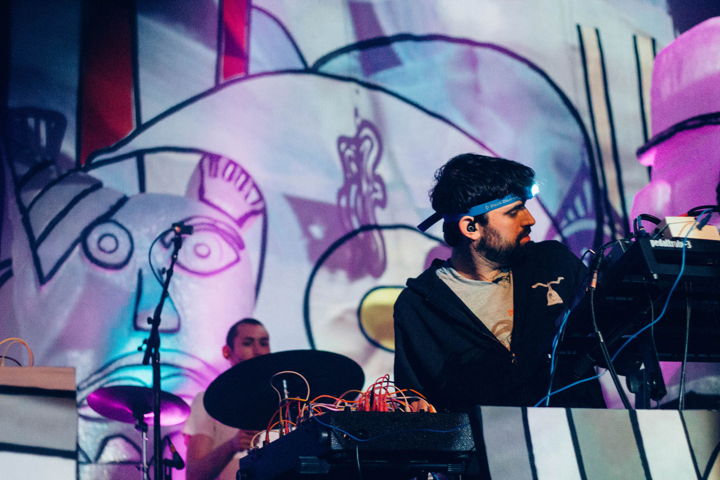 Summer 2022 is looking a little brighter, thanks to the long list of artists who announced tours this week! With some runs starting in March, some finishing in November, musicians will be traveling to perform for crowds in venues of all sizes. From The Chicks reviving their country hits to The Weeknd hitting up stadiums, the shows announced this week are not ones to be missed. Check out some of the artists coming to a city near you below!

For the first time as ‘The Chicks,’ the iconic country trio will be getting on the road this Summer to play 27 cities in North America. Audiences are sure to hear some songs off their most recent album following their 14 year break, Gaslighter. We can only hope that maybe, some older hits will be mixed in. Their openers include Patty Griffin and Jenny Lewis. 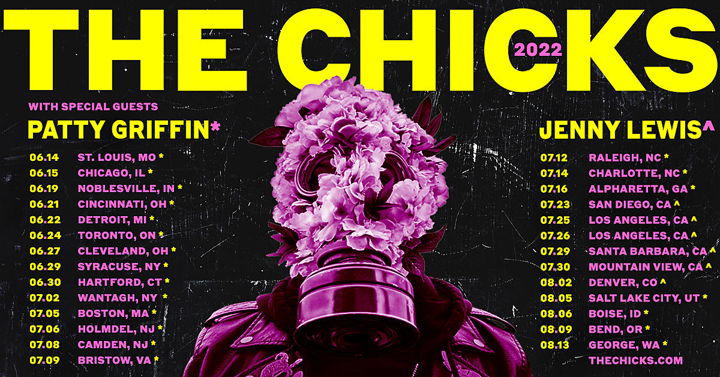 Synth-pop legends Poliça will be traveling across the U.S. and playing two shows in Canada for their upcoming summer tour. Playing 21 dates, the band has announced their tour along with the release of their new single “Rotting,” their first release since 2020. Joining them on tour is the Brooklyn-based band, Wilsen. 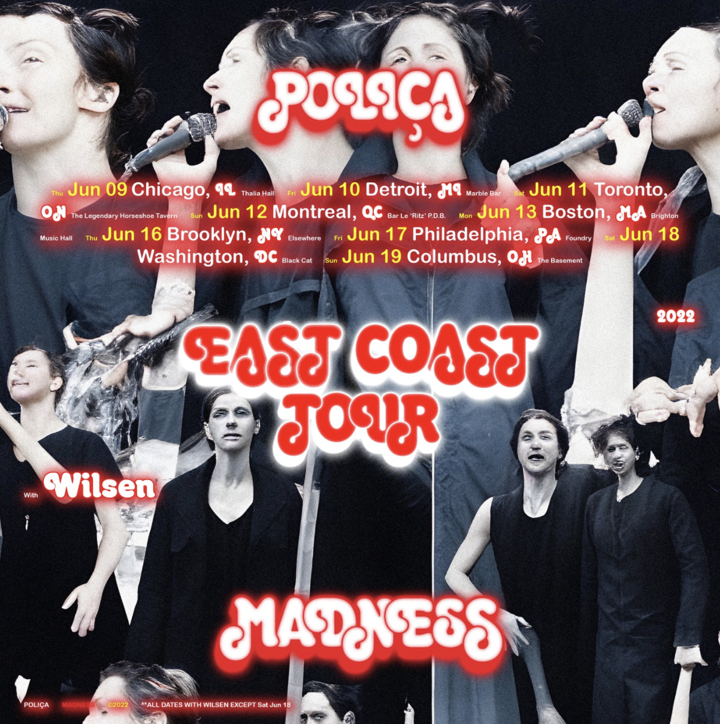 The singer-songwriter (who you may recognize from creating the Sex Education soundtrack for Netflix), is going on tour with her band this upcoming spring and summer. With dates ranging from March to September, Furman will be joined on the lengthy tour by Grace Cummings for a few of the shows. The tour announcement comes after releasing their new single, “Point Me Toward The Real.” 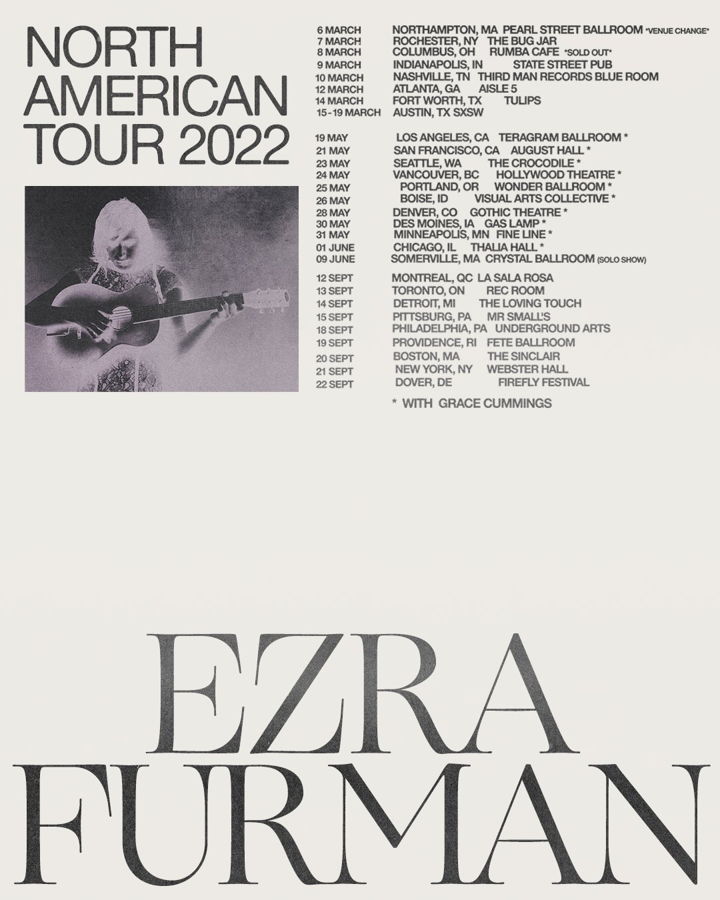 Yup, you read that correctly. This powerful trio of punk-rock musicians is hitting the road on their collaborative “Carousel tour.” Playing historical venues like The Stone Pony in Asbury Park, New Jersey and The Hangar in New Orleans, Louisiana, this tour is sure not to disappoint. Joining the trio on different parts of the tour are ‘special guests’ Mikey Erg, Home Is Where, and Oceanator. 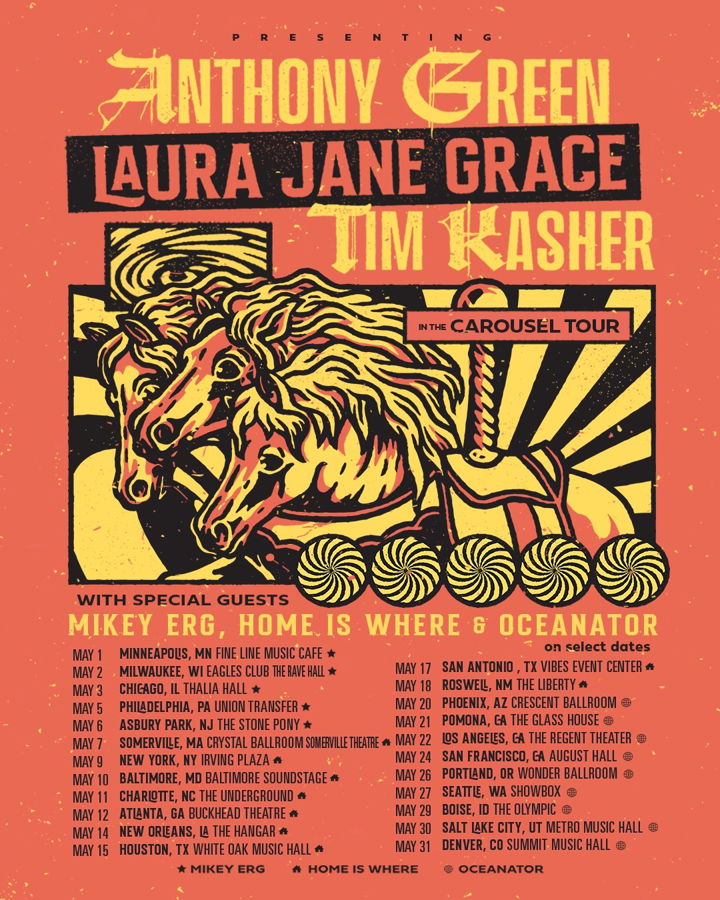 This spring and summer, Summer Walker will be playing a few shows in the U.S and in the U.K, for their tour named “The Summer Walker Series.” Five out of the eight shows listed will be festival dates, including a performance at the Sol Blume festival in Washington, D.C. and the Wireless festival in London. Walker also mentioned in their announcement that more dates will be added to their tour soon. 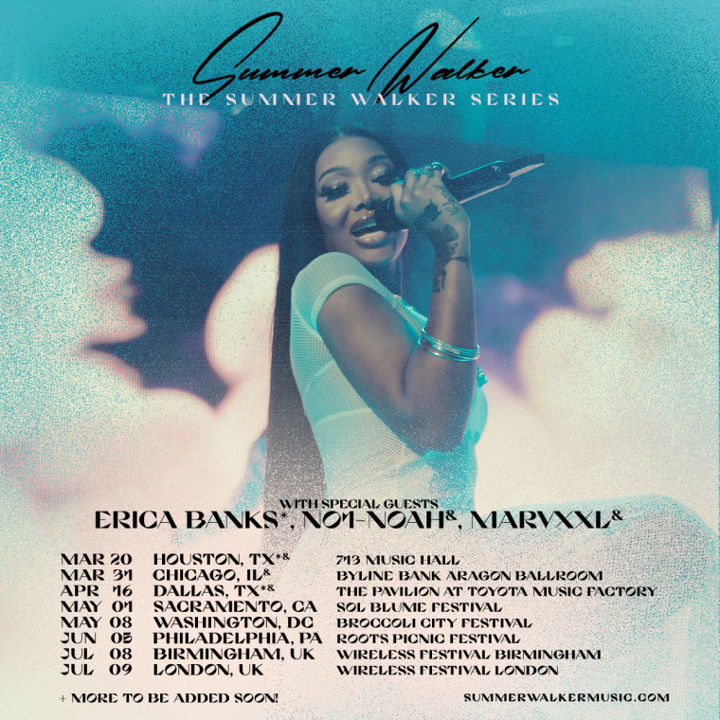 Singer-songwriter sensation The Weeknd will be attracting big crowds for his upcoming global stadium tour this summer. Along with Doja Cat, the first leg of the “After Hours Til Dawn” tour will be playing some of the biggest stadiums in the U.S. and Canada. From Metlife Stadium in New Jersey to the Rogers Centre in Toronto, this tour is bound to be a party. 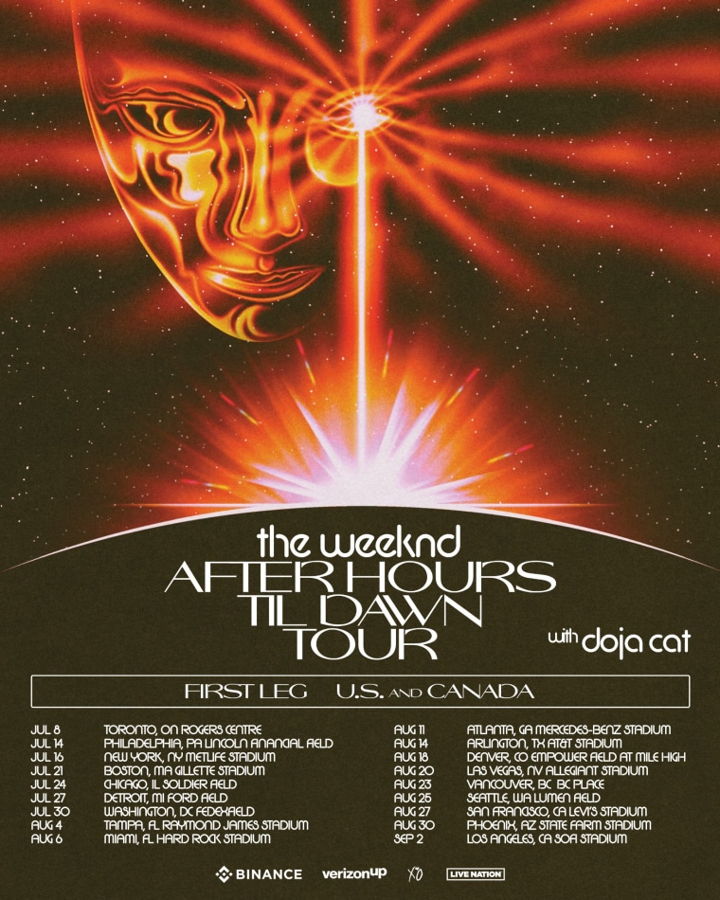 After recently releasing their album Time Skiffs, Animal Collective will be playing some U.S. shows this upcoming May and June. Joining Animal Collective is Spirit Of The Beehive, an alternative rock band from Philadelphia, Pennsylvania. Following their tour, the experimental pop five-piece will be making an appearance at the highly anticipated Day In Day Out festival in Seattle. 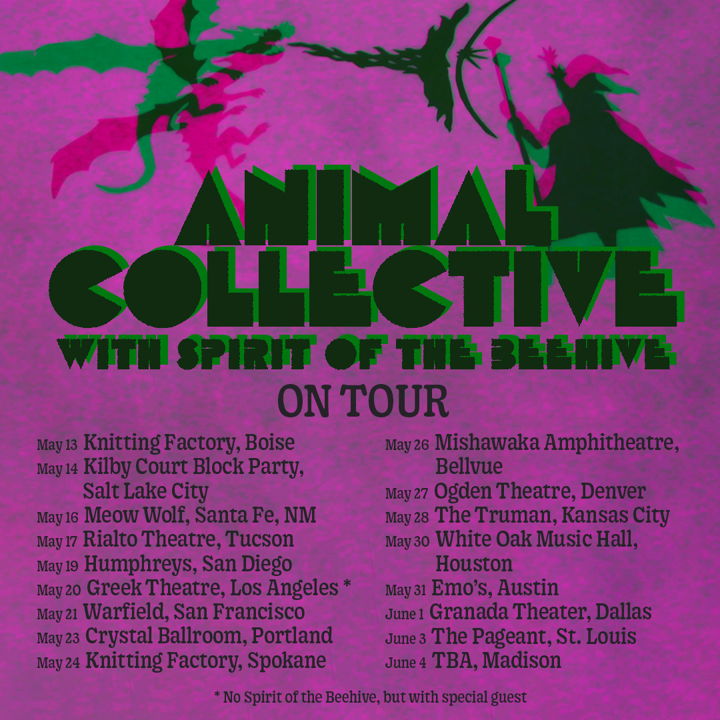 Singer-songwriter, performance artist, and comedian Macy Rodman has announced her ‘mini tour’ for the duration of March, that will begin right after the release of her new album, Uncontrollable Flammables. Rodman will be hitting some big cities on her tour, including New York, Austin, Chicago, Los Angeles, and Seattle. 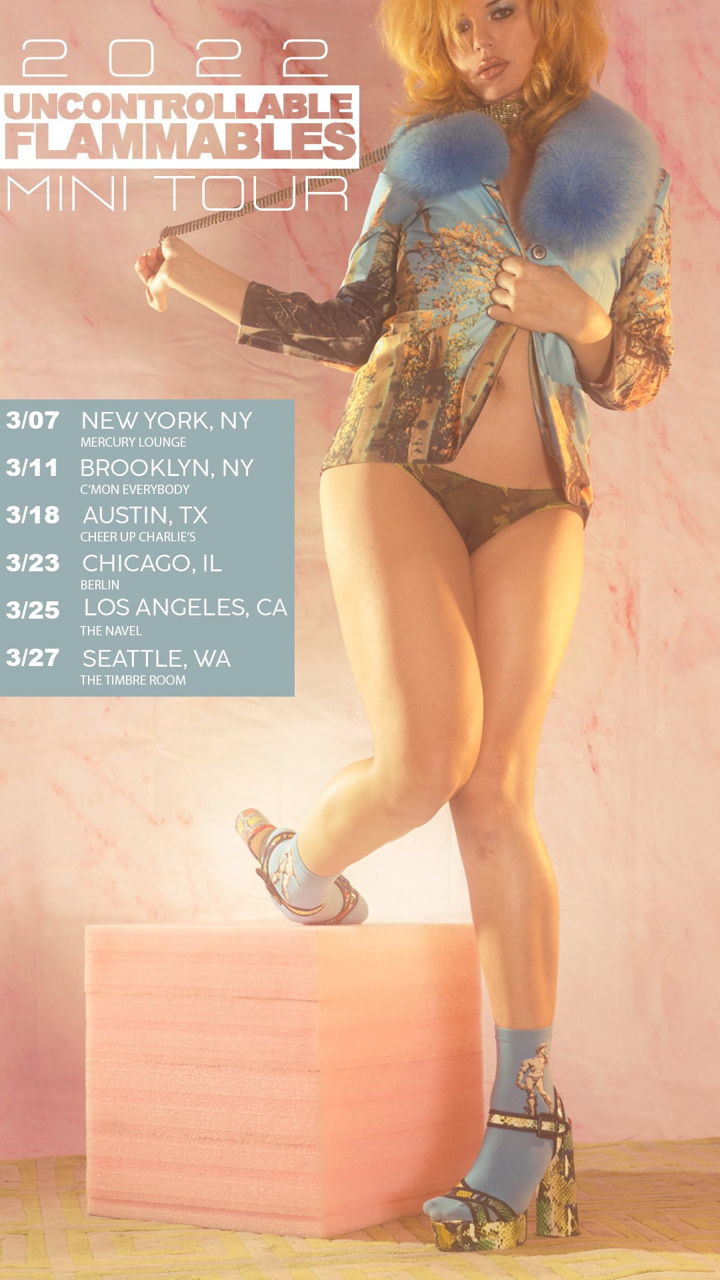 Along with the announcement of his first album release since 2020 titled, This is a Photograph, Morby will be playing some shows all around the world. Beginning in May and ending in November, Morby will be playing from Spain to Illinois along with his band, “The Photographs.” Joining Morby on his global tour will be Brooklyn based singer-songwriter Cassandra Jenkins, and the band Coco. 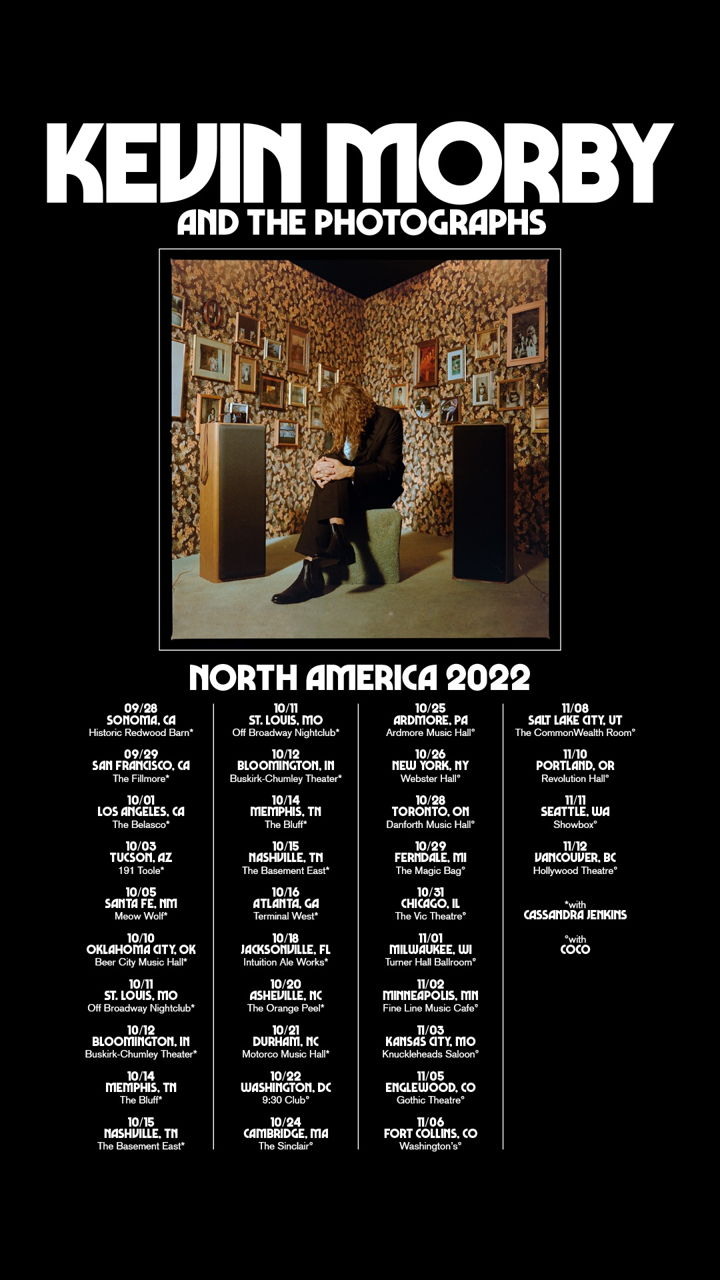