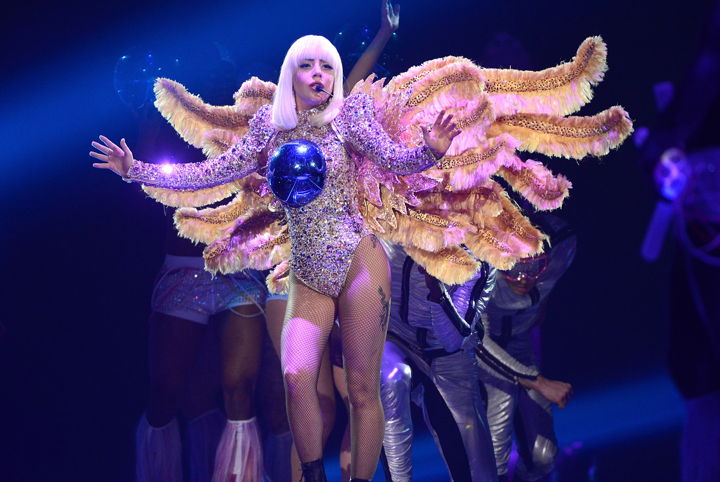 Summer 2022 is bound to be out of this world after more great artists announced tours this week! Whether it’s dancing to Lady Gaga or channeling your inner emo kid with My Chemical Romance, crowds across the globe are in for some concerts they’ll never forget. Check out some of the just-announced tours coming to a city near you!

Pop icon Lady Gaga is hitting the road for her summer stadium tour, appropriately dubbed The Chromatica Ball. She will finally be getting to perform for her fans after originally postponing the tour in 2020 due to the pandemic. Starting in Europe this July, the run will eventually make its way to the US in August. The expectations for this tour are high, but we know that Lady Gaga will not disappoint.

With a new album titled Humble Quest coming out later this month, country singer Maren Morris will be taking her music on an amphitheater-packed tour this summer. She’ll be playing in big cities like Chicago, Seattle, Los Angeles and Nashville. Opening for Maren on some of her tour dates will be Ruston Kelly, Brent Cobb, Lone Bellow, and Brittney Spencer.

After leaving her fans begging for more when her 2021 tour wrapped, Phoebe Bridgers is heading back on the road this spring and summer on her Reunion Tour. Beginning in April and ending in August, Bridgers will be playing shows in the US and Europe. It’s going to be a good one - don’t forget your skeleton suit!

After postponing her Fall 2021 dates so she could recover from a procedure, Lingua Ignota is back and will be going on tour starting in April. After the release of her album Sinner Get Ready, she is sure to please her audiences with some stunning shows.

Although we may never have thought we’d see the day, MCR has reunited and announced a lengthy tour that will take them all around the world. Spanning from May 2022 to March 2023, the legendary band will give their fans multiple opportunities to relive their early 2000’s emo phase. With a long list of great opening acts including Taking Back Sunday and Kimya Dawson, fans are not going to want to miss this killer tour.

One of the country’s most beloved humor-rock duos is back and better than ever, announcing their summer/fall tour. Jack Black and Kyle Gass will be joined by Puddles Pity Party and DJ Douggpound on certain dates. If you want a concert where you can laugh and jam, look no further than Tenacious D's string of upcoming dates.

Now that her landmark primetime show This is Us has finally wrapped, Mandy Moore is already putting her newfound free time to good use. She’s booked a lengthy tour, kicking off in early June and making its way all around the country. The tour promotes her upcoming 7th studio album - an impressive number for an artist of just 37 living a double life!

For 16 nights in June, NYC cult band Bayside will be playing their trade to a fanbase which has been kept waiting since 2016. They, along with fellow rock outfits Thrice and Anxious, will be sticking to the East Coast and the Deep South - including a pit stop in their native NYC. West Coaster missing out on the fun? Stop by any of their four festival appearances in the fall (or all of them, if you’ve got the coin!)

Our guess is that he looked over at Bob Dylan rompin’ and stompin’ through the South and decided he wanted in on the fun. Hank Williams Jr embarks on a tour of his own in April and keeps the party going through late August. He takes a few breaks in between, but the man is still outlaw country royalty at the age of 72 - he’s earned the right to do whatever the hell he wants!

is known for straying off the beaten path with their quirky gypsy punk, so no one could have been too surprised to hear that their May tour would be arranged in support of Ukraine. Fits of passion, creativity, and fun are never in short supply on the Gogol Bordello stage, so if you happen to be on the East Coast in May, come on down!

Alone, Alice and Chains belongs to the Holy Trinity of Seattle grunge. Separately, Breaking Benjamin is a marquee alt-metal blockbuster. Together, it suffices to say that their tour is once-in-a-lifetime. Come and see them anytime from August to October, coast-to-coast.