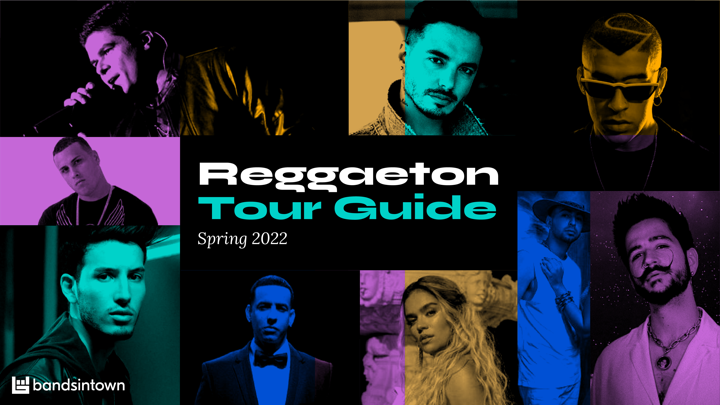 Few genres that started off regionally grow to truly enjoy worldwide popularity. As we’ve seen with K-pop, the tides are changing and we couldn’t be more excited that reggaeton is getting the shine that it so clearly deserves. After all, it’s only natural that a genre with acts as charismatic and era-defining as Daddy Yankee and J Balvin would blossom into a major culture-driver the way it has. And it’s as vibrant a scene as ever, as these mainstays have proven with upcoming tours.

When the man largely responsible for turning reggaeton into a global pop phenomenon announces a farewell tour, it only makes sense that fans worldwide would get a sendoff worthy of a figure as lengendaddy as him. Kicking off in July in Portland, this run is going to take him through the US, South America, and Central America before wrapping in Miami in December. 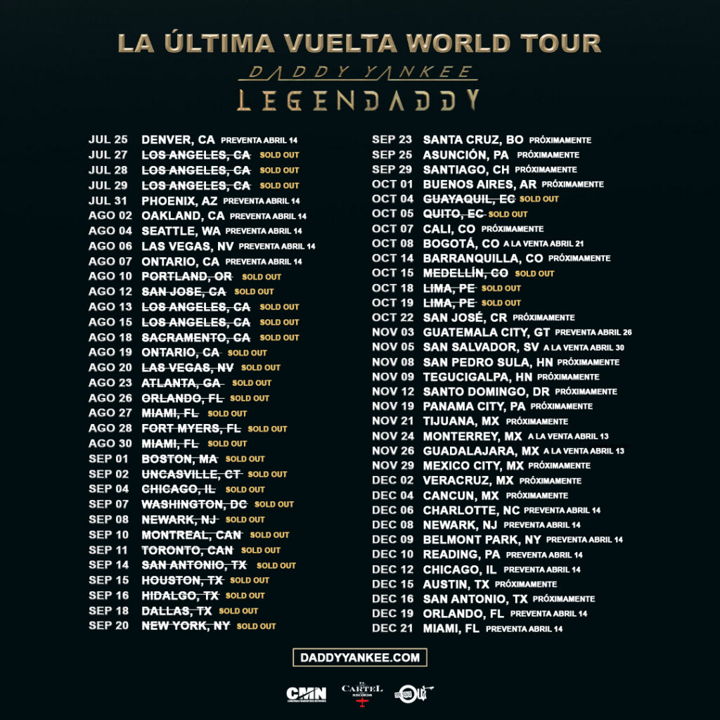 Nicky Jam’s path hasn’t always been the easiest, but he’s got a whole lot to be proud of, between legend status in the scene, a rockstar life story, and two albums he’s been sitting on throughout the pandemic. Expect a ton of festival dates on the books in the coming months, where you can see him perform the new material IRL.

By now, we’ve all had enough of the winter chill. What better way to warm up than with Bad Bunny’s World’s Hottest Tour? We’re still not sure whether the advertised “heat” is coming from the season or from him, but what we CAN tell you is we’ll be there! It all starts in August in Orlando, so be sure to snag your tickets before this one sells out. 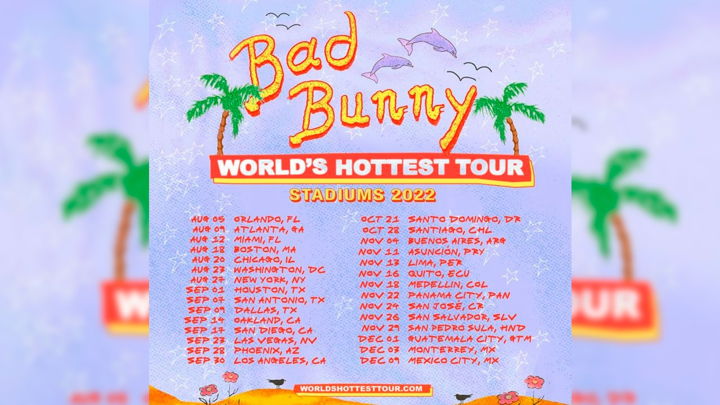 The man with a million looks is taking his one-of-a-kind aesthetic and pedigree reggaeton spectacle and turning it into a mega tour. His latest release, 2021’s José, is a 79-minute marathon of an album, so concertgoers can be sure they’re seeing a performer ready to bring it all. 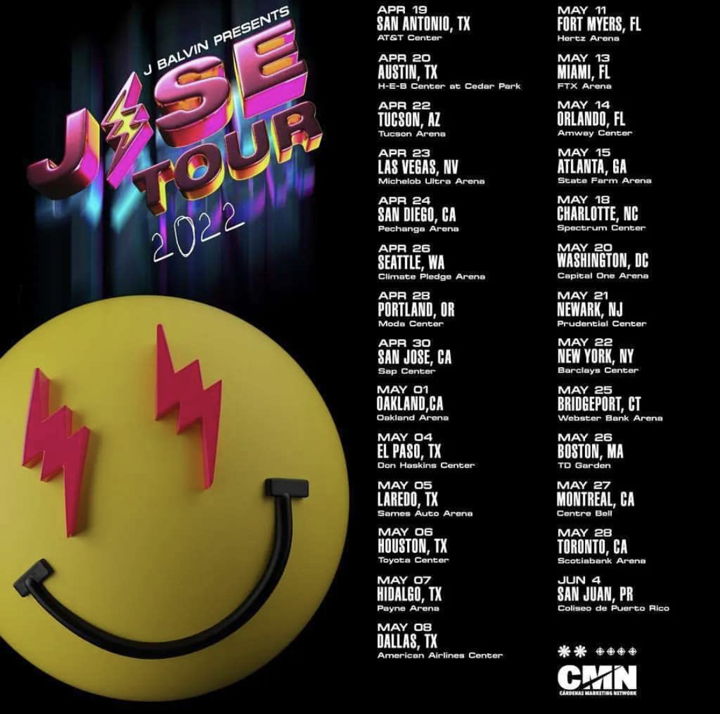 Aspiring female reggaeton artists owe a great deal of their rise to the top to figures like Karol G and Natti Natasha. Each has managed to carve out spaces of their own in a genre which has primarily been dominated by their male counterparts. She just dazzled fans at weekend one of Coachella, and is gearing up for a follow-up weekend two show. Next, fans across Mexico can expect her to bring the same energy to a show near them.

With his distinctive look, sound, and energy, Camilo is a can’t-miss act when he’s in your city. You’ll have plenty of opportunities to see him on tour this year, whether you’re in New York in August or Europe in June. 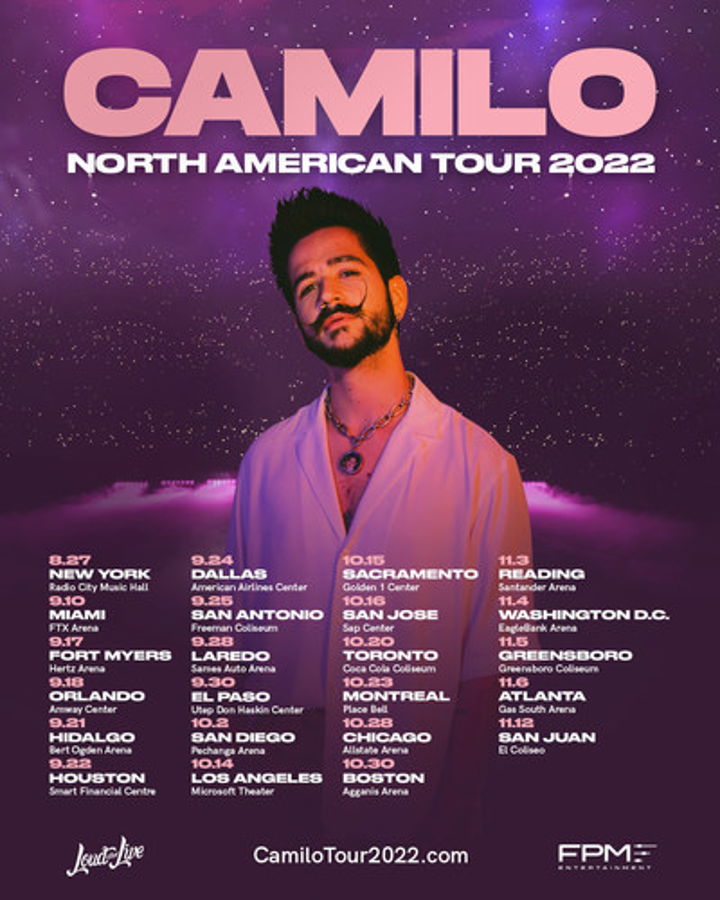 We’ve got a soft spot for artists who know their way around several diverse genres and scenes. You certainly fit the bill if, as Sebastian Yatra has, you’ve got collabs with both Michael Buble, The Jonas Brothers AND K-Pop groups on your resume. Given the passion that comes through in his work, we’ve got a hunch that fans of any genre would feel right at home at a Yatra show.

For someone who’s made a 34-year career out of recording and touring, Jerry Rivera has yet to lose any of his luster. He’s every bit the heartthrob and box-office draw that he was when his career first took a star turn in Puerto Rico. While there’s not a full tour on the horizon, fans stateside can expect some one-off shows like in Chicago in May, in LA in June, or in Mississippi in September. 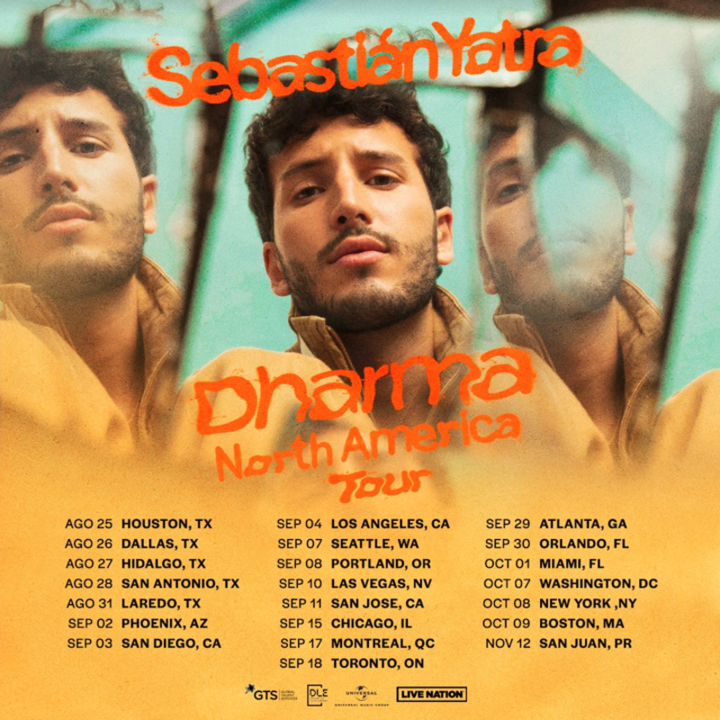 It’s telling that Univision—perhaps the biggest kingmaker in the American Spanish-speaking community—put Justin Quiles up for a Premio Juventud (Youth Prize) as a distinguished performer. While he just wrapped a handful of US dates, you can catch him at a handful of festivals this summer including Vibra Urbana in Vegas on April 30th.