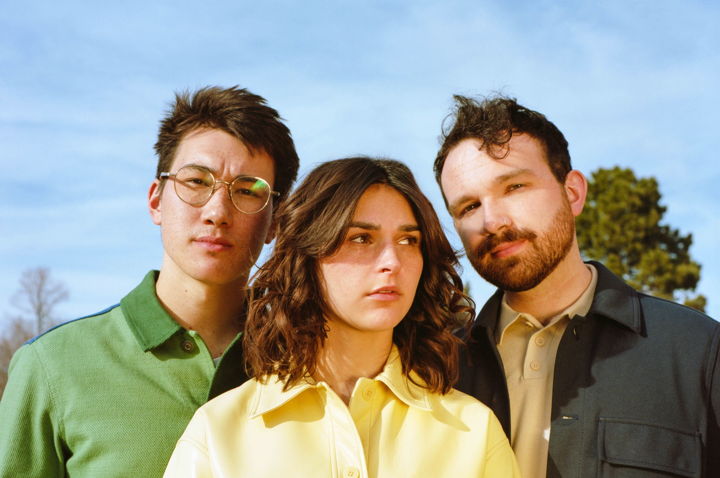 If you haven’t heard of the magical trio that makes up The Greeting Committee, get ready to fall in love with them, their sound, and taste in music.

Made up of extremely talented members Addie Sartino, Brandon Yangmi, and Pierce Turcotte, the indie-alt band recently released their latest studio album Dandelion in September and are preparing to play a spectacular hometown show in Kansas City tomorrow, April 9th.

The group got their start after winning a local talent show in 2014 and hitting open mic nights across Missouri. The band signed to Harvest Records while they were still in high school after the successful release of their debut EP It's Not All That Bad which includes their breakout hit single, “Hands Down.” If you’re unfamiliar with their killer discography, you may recognize their song “17,” which can be heard on the second season soundtrack of Netflix’s hit show, To All The Boys I’ve Loved Before.

If you haven’t been lucky enough to see them live on their past headlining tours, perhaps you’ve caught their sets at Lollapalooza and the SXSW or their opening slots on tours with Hippo Campus, Tennis, and Rainbow Kitten Surprise.

TGC is currently celebrating two new releases, including the tune-yards remix of their song “How Long?” and a collab with singer-songwriter Briston Maroney, “Sort of Stranger”.

Now, you have the opportunity to get to know the band a little better! The trio was kind enough to let us know what they’re listening to right now, making up a playlist of songs that keep them inspired and feeling good.

From Fergie to Del Water Gap, check out the artists that The Greeting Committee keeps on their Tour Bus Playlist below!

"For two or more months this song has been on repeat for me. The chorus feels like slipping into euphoria."

"This was song was my friend on tour. It kept me company as we trekked across the country."

"A classic. The production is top tier. Luda."

"Out of Sight" - The Beths
Track

"I heard this song on the radio years ago and couldn’t remember their name. One of their songs came on a playlist and I finally found this song. I love the production on all the instruments and the melodies are so catchy!"

"We got to work with them to have them mix one of our songs and I discovered this song! I love the different textures they use to make this song such a head-bobber."

"I really love how the time in this songs seems to rise and fall a bunch throughout the song. There’s also something cool about the way she swears in this song too, haha."

"I can’t listen to this song without it getting stuck in my head. 'You can change your mind now but you can’t change your decision' is such an amazing lyric."

"This will absolutely be my party track of the year. So happy to see Chappell releasing music again."

"This song makes me feel good, like I could fall in love at any moment."