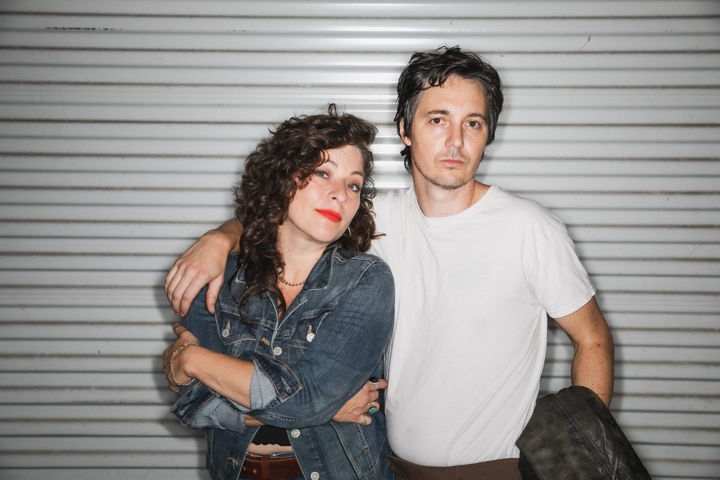 It’s been 10 years since the release of the debut Shovels & Rope album O’ Be Joyful and the duo of Cary Ann Hearst and Michael Trent are celebrating with a new LP Manticore and an extensive tour of the US and Europe.

We caught up with the pair already on the road for this latest installment of the Hypebot, CelebrityAccess, and Bandsintown “6 Questions With” series.

You recently released a new album that’s a bit of a departure for you. You’ve described it as your heavy metal record. Tell us a bit more about the recording and how the new material will affect the live show.

Shovels & Rope: It was gonna be a more intense departure. We were gonna make a stripped down record - in fact we did make that record. Then we kept staying home. Per heavy metal we were referring to the emotional tone of the record. There’s some grown ass subject matter afoot. And as we were afforded time we didn't want or need, we escaped into the record between raising our kids and facing the grim reality on the TV we left on for some reason.

You did a couple of live streams early in the pandemic. How was that experience and do you see continuing to do any now that live shows are returning?

Shovels & Rope: We did a few things and felt good to know there was some ability to pivot in a crisis. There is a lot to making a high quality one of those suckers. We liked the hominess of them, but connecting that way on the regular was not gonna work for us.

The band has played quite a few live shows starting last fall. What was it like being on stage after being off the road for a year? Are the fans reacting any differently?

Shovels & Rope: It felt great to be on stage and we felt big gratitude for everyone who came. Reception felt good, people were happy to be out- This fall we put on a whole other kinda show- a sit down and listen type of affair, and we played small venues in some of our favorite towns.

The tour that you just started hits both the US and Europe. Are there any venues or cities that you’re particularly looking forward to?

Shovels & Rope: We are so happy to be working, every gig still has a little shiny comeback feel good vibe right now. We’re honestly just happy to be anywhere. Happy anyone is anywhere!

When you’re on the road do you have routines, habits, or “must-have” items in the dressing room?

Shovels & Rope: No, not really. A bathroom is nice. If that bathroom’s got a door, even better. And if that door has a lock on it well then we’re golden

Shovels & Rope: A lot of times people are surprised to learn that we are a 2 piece band, and that we make all of our records ourselves at home. Sometimes we’ll see a promotional blurb talking about how this or that show will be "just the two of them this time” when in reality It’s always been just the 2 of us. We talked about adding members at one point but we had kids instead. Ha. Some might see it as limiting (being a 2 piece) but we honestly feel like approaching the live show this way feels more free because we’re not bound by a lot of the normal constructs.

Bruce Houghton is Founder and Editor of Hypebot and MusicThinkTank and serves as a Senior Advisor to Bandsintown which acquired both publications in 2019. He is the Founder and President of the Skyline Artists Agency and a professor for the Berklee College Of Music.