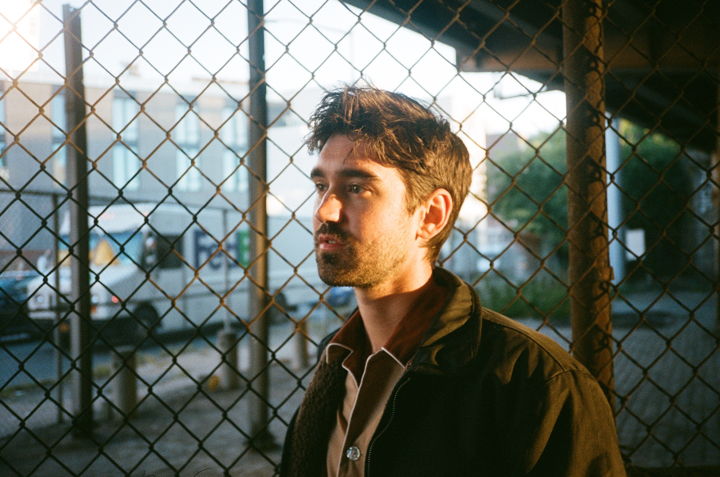 If you didn't catch one of our favorite livestreams of last year, then we want to introduce you to an artist that you’re likely to be jamming out to all summer. Mindchatter is a singer, songwriter, and producer who has been gaining recognition for his unique, genre-defying sound. The man behind the quirky pseudonym? Bryce Connolly, a New York City native.

You may have heard his hit debut single “Trippy,” which came out in 2019 and has since surpassed 2.5 million streams on Spotify. His lush productions and danceable beats caught the attention of French duo Polo & Pan, who invited him to open for them on their 2019 North American tour. After signing to Mind of a Genius records, he released his first album Imaginary Audience the following year.

Now, Mindchatter is making his own waves. This April, he released his highly anticipated sophomore LP, DREAM SOUP, a record full of irresistible tracks that would pair perfectly with a long road trip with friends.

The "Just Gonna Exist" hitmaker is currently headlining his own North American tour, playing cities like Denver, Seattle, and San Francisco. If you haven't yet experienced his live show for yourself, they're unmatched thanks to insane visual effects and his talents as both an incredible multi-instrumentalist and vocalist.

Bryce will be touring throughout May and June before hitting the stage at Electric Forest, so he’s curated a pretty awesome playlist to let us know what he'll be listening to during his travels. Check it out below, then be sure to track him on Bandsintown!

"Of the songs off the album this has been my personal pre-show pump-up track."

"Some of the coolest production ever - the type of song that can be on loop for days."

"Out of Sight" - Moderat
Track

"Been listening to this one for many years and it’s never gotten old."

"A nice wholesome song, I love the lyrics in this."

"Not sure what’s going on in this song but it makes me laugh and dance."

"This one has a really unique drum pattern and vocal melody. Way ahead of its time, definitely does not sound 50 years old."

"Makes you feel like you’re on a beach somewhere."

"I’m a big Tribe Called Quest fan and this one is perfect for driving."

"Love the beat on this and this dude’s voice."

“High On A Ledge” - Moondog
Track

"If you don’t know about Moondog, Google him. He used to be a homeless guy that would wear a viking costume in Manhattan in the '60s… and his music is amazing."