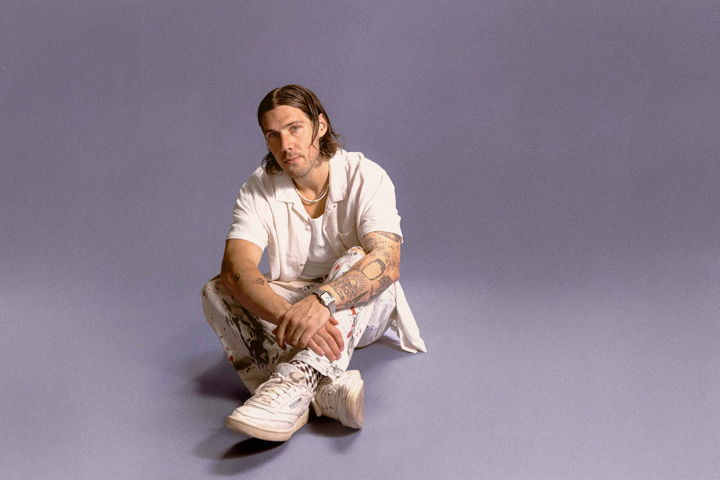 No one does good vibes like Jake Scott. The Los Angeles-based singer-songwriter specializes in indie pop mixed with a dash of country and is all about bringing a signature genuineness to his music. His debut EP, Goldenboy, came out in 2021, and his career began to take off after opening for LANY’s GGBBXX tour that same year. After releasing dozens of singles and touring tirelessly, he’s continuing to release music that has a new, innovative flair, but still feels authentically him.

Since he landed on the scene, he’d been building an impressive repertoire as an independent artist before signing with Elektra Records in January of 2021. His latest single “Good Day” came out this past Friday and if you haven’t delved in headfirst yet, we advise doing just that. A funky, optimistic track, it’s all about the importance of having a positive outlook and doing the simple things that make us happy, which perfectly encapsulates listening to this Arkansas native’s discography. Even better, you can hear it live on Scott’s biggest tour yet, which kicks off on October 15th.

The Lavender Tour begins in San Diego and runs across the US until the end of November, with the final show in Los Angeles. His openers include up-and-coming artists Sam Macpherson, ROSIE, and Brynn Cartelli. Several dates are already sold out, so head to his Bandsintown page to get your hands on what’s left.

If you can’t make it to one of the shows, we have music to get your Jake Scott fix. Below is a playlist that Scott himself put together for you to get a sense of what he’ll be listening to on tour this Fall.

"This is one of my favorite songs I've ever released, and hope people blast it with the windows down!"

"The vibes on this one are so perfect. I can't help feeling good when I put this one on."

“Backseat (All I Got)” - Sam MacPherson
Track

"I have been a huge of fan of Sam for a long time, and I'm lucky to have him join my tour!"

"Brynn is an INSANE vocalist and I love the unique perspective on this one."

“Something I Hate” - ROSIE
Track

"I’m so stoked to have ROSIE join part of my tour, and this song gives me chills."

"If you don't have at least one John Mayer song on your traveling playlist, you're doing it wrong."

"This song never gets old and neither does JB."

"This song was made for driving with the windows down and singing along."

"I’ve been waiting for a new Lewis Capaldi song for a minute and this does NOT disappoint."