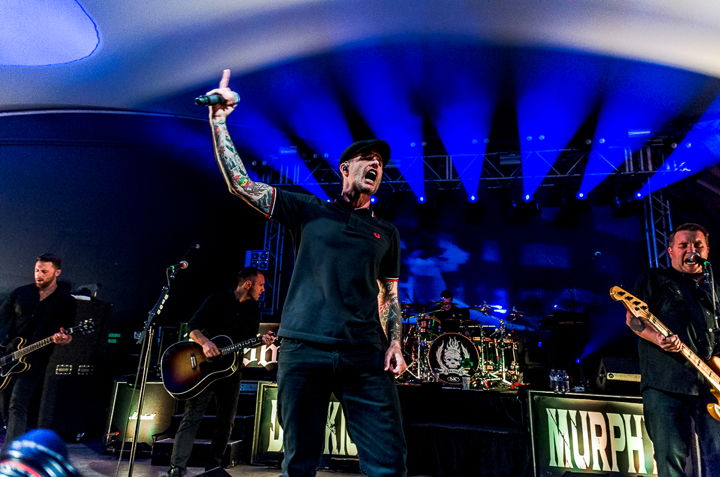 While everyone is scrambling to get tickets to Taylor Swift's Eras tour, there is a silver lining—the fact that there are a ton of other runs being announced that you can snag tickets for. From The Backseat Lovers to Ari Lennox to P!NK, there was a little something for everyone announced this week. Read on to find out more about these tours, and be sure to follow all your faves on Bandsintown.

Our favorite pop rockstar is heading on her much-anticipated tour next summer with Brandi Carlile, Pat Benatar, and Neil Giraldo. It's safe to say we all saw this coming when we saw her cartwheeling through the air at the Austin City Limits this past October. We hope this tour will have her signature colorful and eccentric vibes, so head to her page next Monday to grab your tickets. 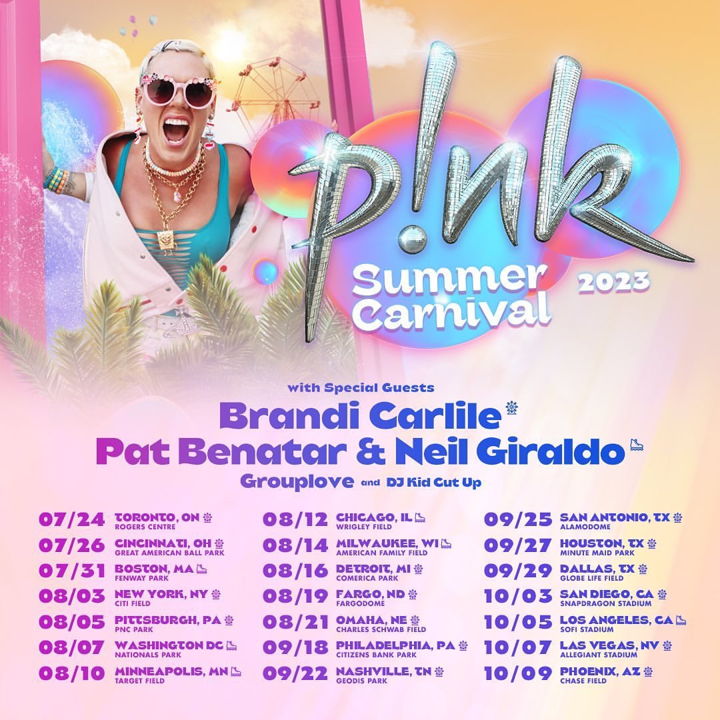 Meet Me At The Altar

Simply put, Meet Me At The Altar has mastered pop punk. Their lively, upbeat sound—reminiscent of bands like All Time Low, A Day to Remember, and Neck Deep—brings us right back to our Warped Tour Days. They’re kicking off their first headlining tour next March, and chances are they’re coming to your city. Head to their page for tickets. 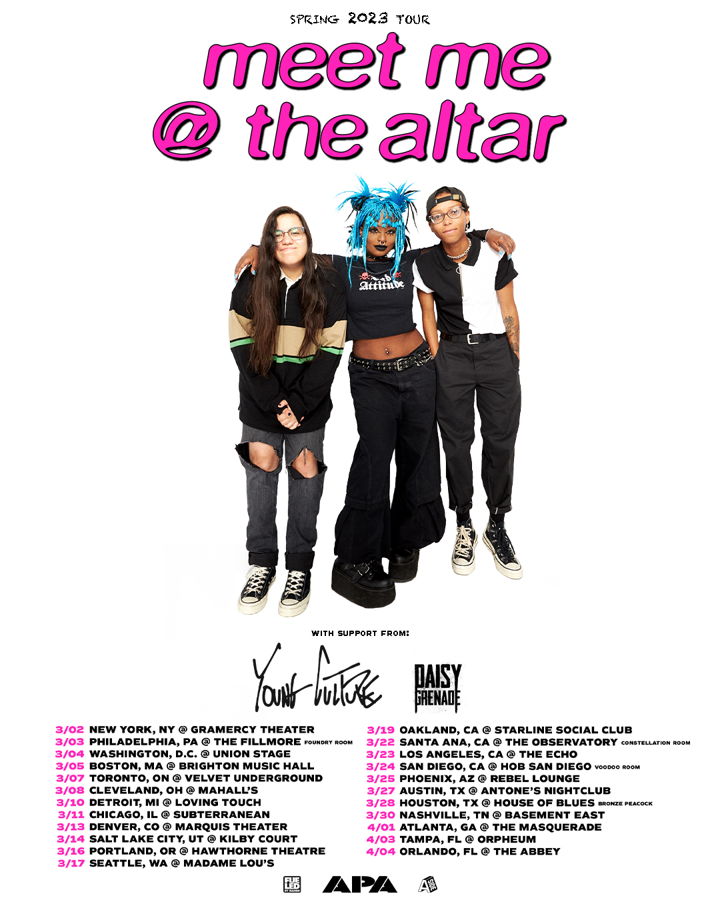 While you were probably discovered The Backseat Lovers thanks to their 2019 hit alternative album When We Were Friends, these guys have an incredible discography which just grew larger with the release of their latest LP, Waiting to Spill. To support the album, the band is going on tour in the US and Australia at the beginning of next year. Head to their page now for tickets. 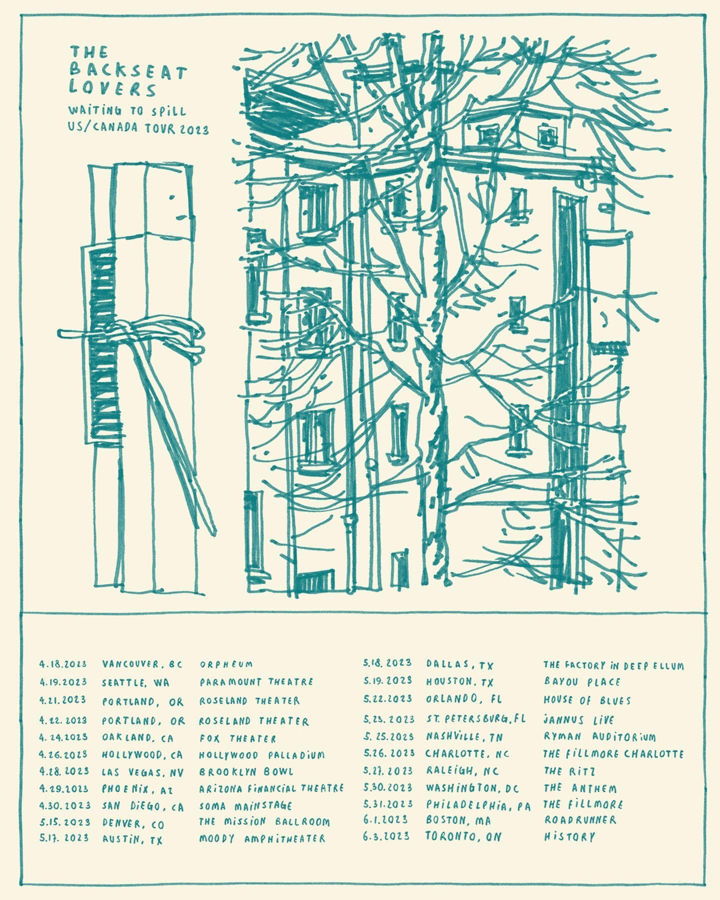 This band has built quite a cult following over the years. They’ve released over 10 albums, which have influences that include everything from heavy metal to jazz. What they’re really known for, however, is their killer live shows. They just announced a residency tour with three nights in four iconic US venues: The Caverns Underground in Tennessee, Red Rocks in Colorado, The Salt Shed in Illinois, and Carnation Farms in Washington. This is a once-in-a-lifetime run, so head to their page to get your tickets before they’re gone. 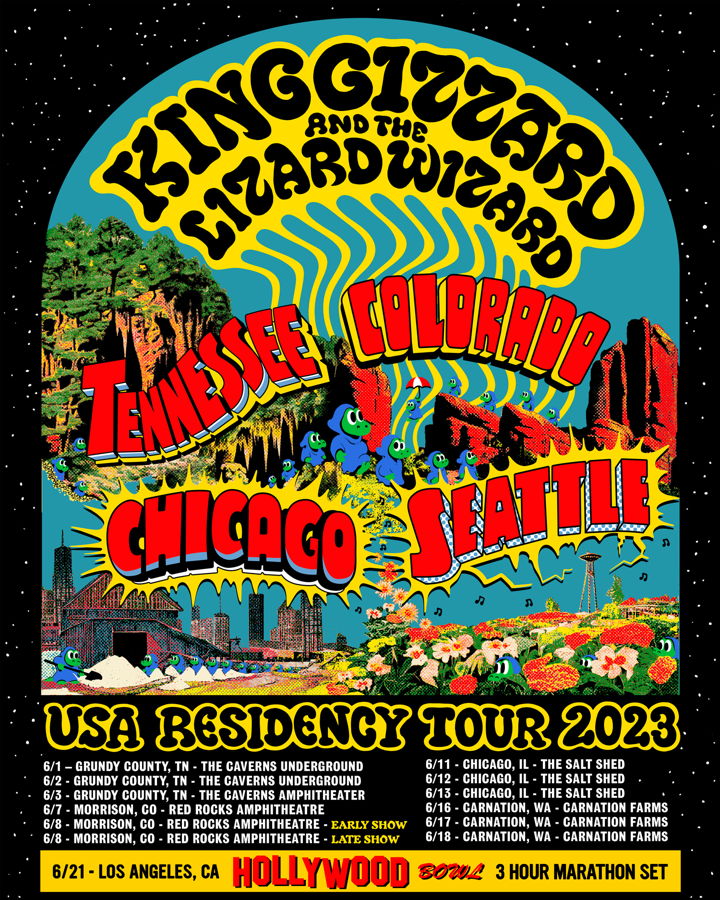 Longtime Celtic-punk legends Dropkick Murphys are going on a tour of the East Coast next March. If you missed their acoustic tour which is finishing up in the US this Saturday, or just want to see their full-blown set live, then this show is for you. Tickets just went on sale, so grab yours now. 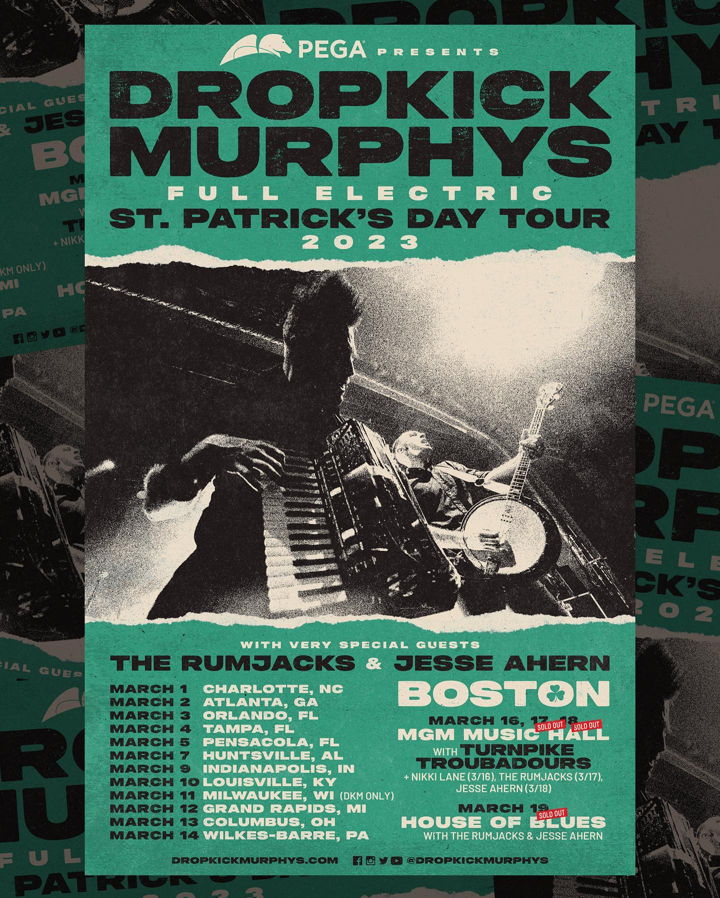 Fever Ray is one of the most innovative artists in pop music and they just announced their first album in five years. An offshoot of the 2000’s electronic band The Knife, Fever Ray is equal parts experimental and vibey. They’re heading on tour next March, with select dates in Europe and the US. If you sign up for their mailing list, you can get your tickets now. 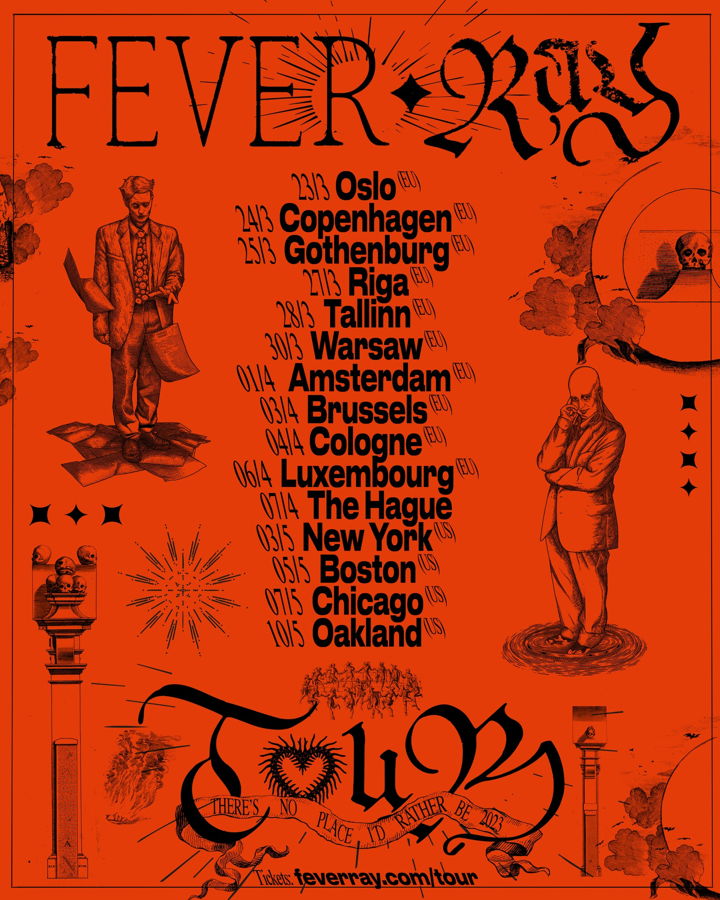 Nigerian singer-songwriter Wizkid is leading the afrobeats movement in the US. His fusion of West African sounds, R&B, and pop creates smooth, serene tracks that are just plain addicting. He’s heading out on tour next March to promote his latest album More Love, Less Ego, so head to his page now to give him a listen and grab your tickets. 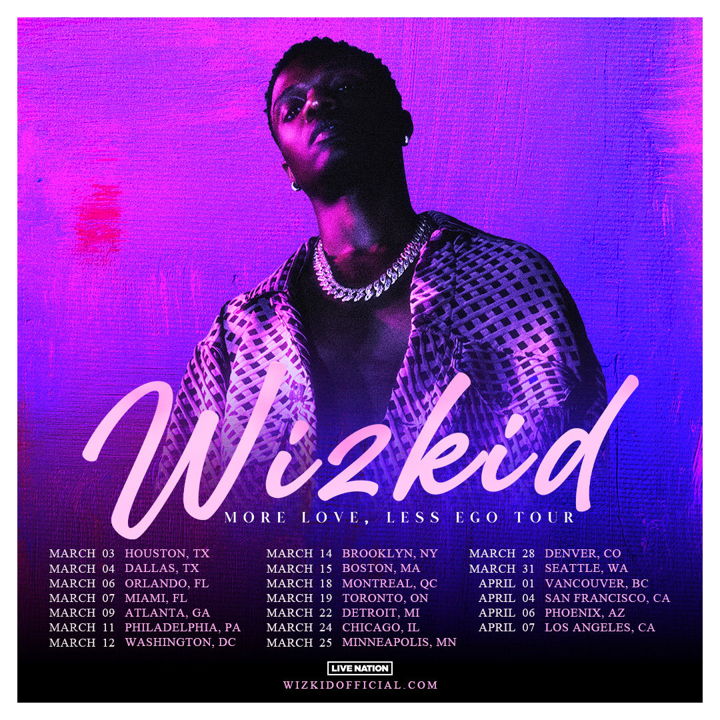 Ari Lennox is an R&B icon. The DC-based singer, known for her collaborations with J. Cole, Summer Walker, and Khalid, is heading on her age/sex/location North American tour at the end of January, and these won’t be shows you'll want to miss. Head to her page now for tickets (and run, they’re selling out fast). 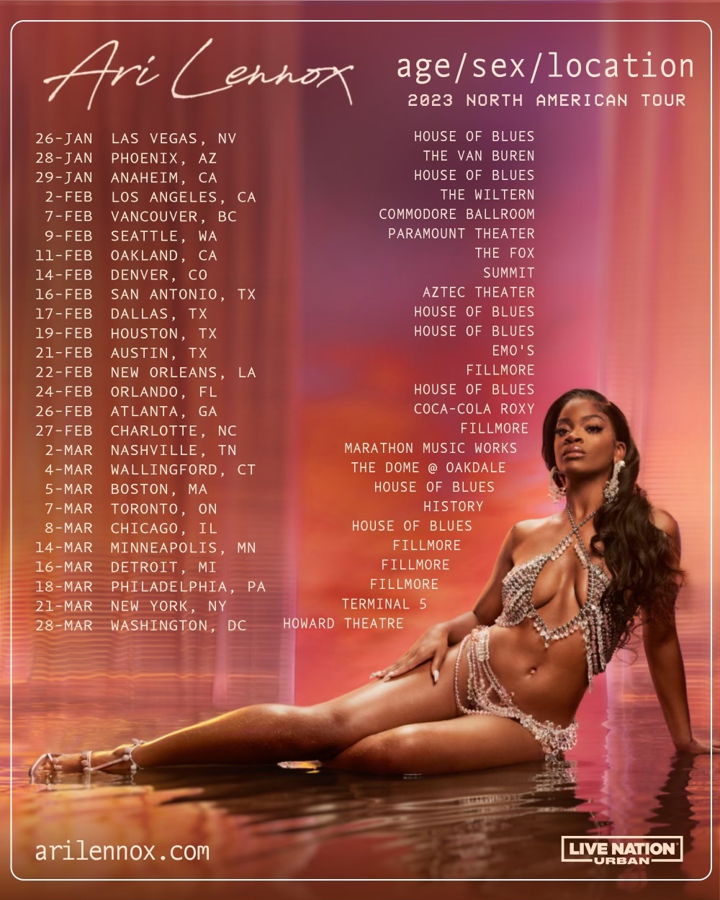 Sister rock duo Aly & AJ have finally announced their headlining With Love From Tour, beginning at the end of March. While you definitely rocked out to their 2007 banger “Potential Breakup Song,” they’ve completed updated their sound, putting out meditative rock tracks that anyone can enjoy. Tickets are on With Love From Tour are on sale, so head to their page now. 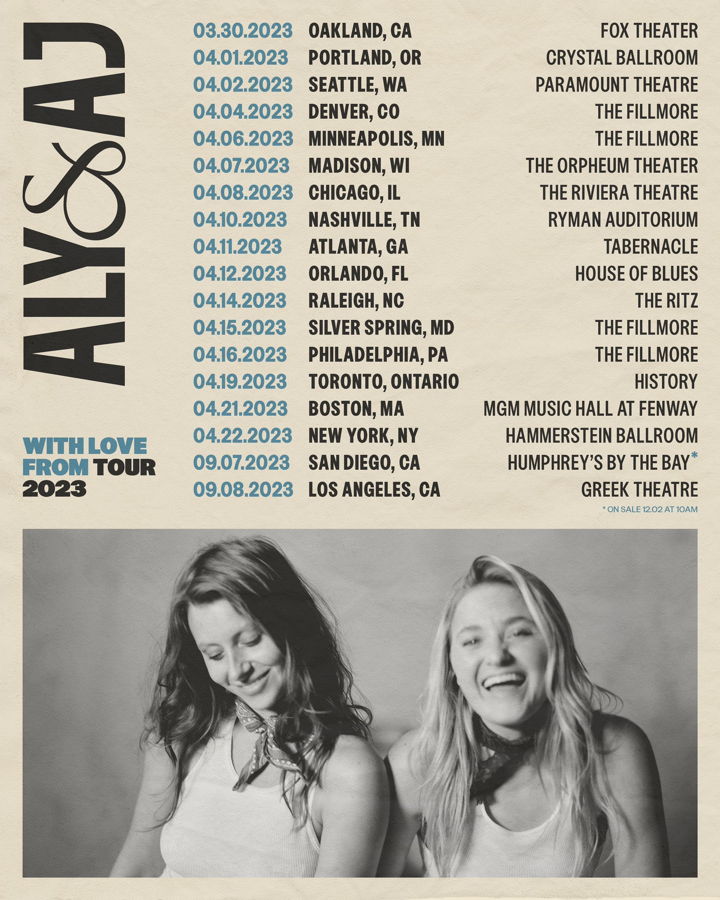